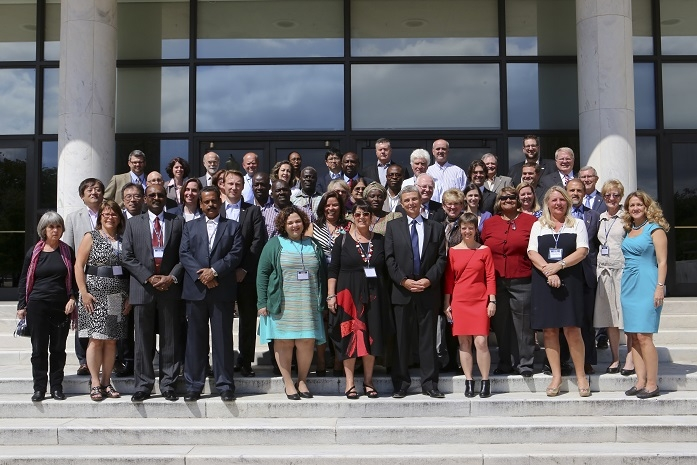 The potential threat to public services in secret international trade agreements such as the Canada-EU Comprehensive Economic and Trade Agreement (CETA) and the Trade In Services Agreement (TISA) are worrisome and deserve greater public scrutiny and transparency.

This was a key takeaway from this week’s historic gathering of public sector unions in Washington, DC. A small ACFO delegation took part in the global summit on international trade hosted by Public Services International (PSI) September 16-17.

ACFO President Milt Isaacs and Vice President Tony Bourque joined CUPE National President Paul Moist and NUPGE National Secretary-Treasurer Larry Brown and dozens of public service union leaders from around the world in calling on governments to be more transparent in what is being negotiated in secret by governments under the guise of trade.

“These trade agreements are about far more than trade,” says Rosa Pavanelli, general secretary of PSI. “They enshrine the power of corporations in ways only loosely related to trade. They lock in liberalization, promote privatization, and restrict governments’ right to regulate. The global financial crisis made clear the catastrophic results of failing to adequately regulate the financial markets.”

The two-day session included briefings on what is known about the agreements, discussions on strategies for PSI and its allies around the world to bring greater scrutiny to these agreements and a lobbying session on Capitol Hill.