Alex Himelfarb: Tax is not a four letter word 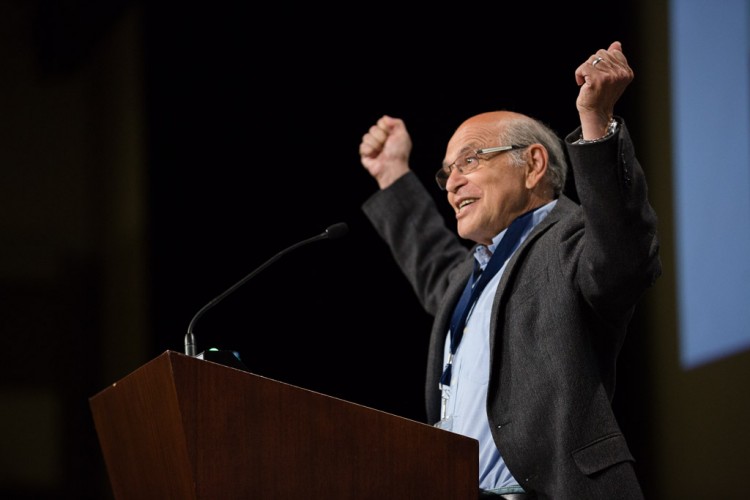 Alex Himelfarb began his speech on a personal note, saying he felt a sense of “coming home” in a room full of public servants. He reiterated support for the central points of earlier speeches. The top-down approach, Himelfarb argued, does not work.

When addressing the “four-letter word” concept, Himelfarb spoke of the strong emotional associations with taxes. When people think of paying taxes, he explained, they become angry about giving away their money to a government they perceive as corrupt and inefficient. This, he argued, is a serious distortion in the way people speak and think about taxes in Canada.

He proposed three reasons why Canadians have come to hate taxes:

In response, Himelfarb argued that society has lost the sense of gratitude for the development of public goods. Himelfarb pointed to the hypocrisy inherent in glorifying the neoliberal value of individual freedoms while also demanding a certain quality of public goods and services.

He explained that tax cuts bring about deficits and then austerity, which creates a vicious cycle. When you cut programs, they become less desirable, people become angry, and this feeds into anti-tax sentiments. Austerity also erodes programs like welfare and unemployment insurance that are necessary for combating inequality. Finally, Himelfarb argued, a culture of austerity stunts the political imagination.

Himelfarb concluded with the idea that glorifying extreme individualism ignores the impact of misfortune and of just plain luck. People have different starting points and are born into different positions of power. Real freedom, he said, comes when we learn we are stronger together.