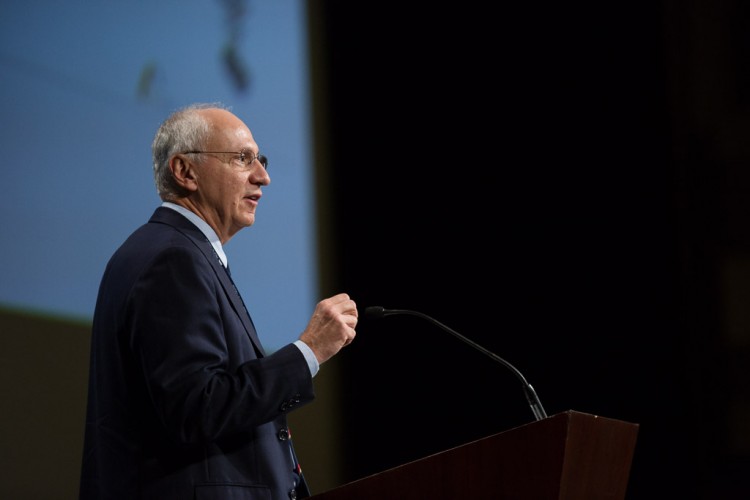 Jacques Sasseville, the Head of Tax Treaty Unit at the Organisation for Economic Co-operation and Development (OECD), closed Day 1 of Funding Democracy by speaking about the increasing importance of Base Erosion and Profit Shifting (BEPS) as a topic in popular discussion.

The Base can be eroded, he explained, because you can evade taxes simply by having a piece of paper claiming that your company is foreign. You can shift profits, he emphasized. Moreover, digital companies can claim all their intangibles in a low tax jurisdiction. The mobile nature of their business makes it easy for them shift profits, Sasseville said.

He explained how international rules governing this behaviour were developed in the 1920s when it was difficult to get significant profits from a country without physically putting a building there. He pointed out that the legal system has not developed in response to changes in the business environment.

BEPS distorts competition and distorts investment decisions, said Sasseville. But this problem can only be solved if countries get together and decide to have a coordinated approach to these problems.

Some technical problems that Sasseville identified included the need to identify pressure points in international tax system as well as inconsistencies and incoherence in how counties treat profits. He explained that there must be realignment of taxation and substance and transparency, coupled with certainty and predictability.

Sasseville reiterated a call for targeted work in the area of the digital economy and for the development of a multilateral instrument to implement the measures developed under the action plan.