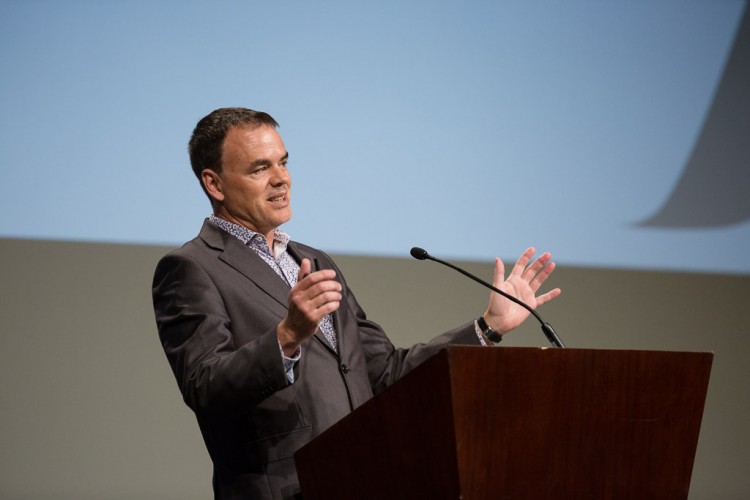 Unifor economist Jim Stanford opened his discussion by inviting the audience to consider how it can collectively try to influence the direction of government. He challenged the prevailing belief that we must stick to the status quo to ensure a steady hand on the wheel of finance.

With illustrative quotes pulled from political speeches and twitter accounts, Stanford went on to deconstruct falsities about Canada’s fiscal stability as reported by the government. These claims included:

Stanford broke down the first claim by outlining a series of fiscal actions that effectively skewed the budgetary landscape. Describing it as a “shell game,” he noted expenditures that were shuffled to the next fiscal year to protect the current government’s claim of surplus when in reality a 6 billion dollar deficit was more illustrative of the budget.

The current government claimed to create of 1.2 million jobs, but most of these did not come from positions within their control. According to Stanford, thousands of jobs were actually destroyed in the federal government. He also noted that a major concern with the reporting of employment numbers is that they are often reported out of the context of how many people actually need jobs in Canada.

Stanford challenged the final claim through a series of statistics that compared previous post-war governments to the current one. In the category of work on both quality and quantity, the government under Stephen Harper ranked the worst. It also ranked worst with regards to growth and second worst for productivity.

Stanford’s final conclusion was that the current government actually ranks as the worst financial managers in Canada’s post-war history.