Julie Delahanty: What will it take to even it up? 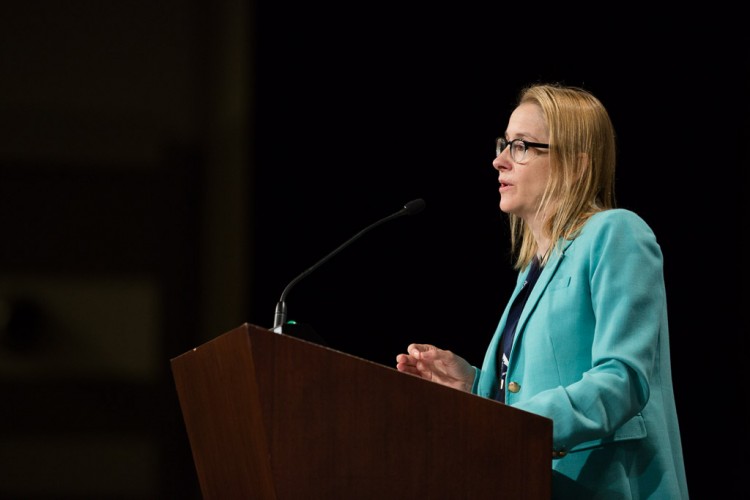 Julie Delahanty began her presentation with a shocking statistic: 80 billionaires have as much wealth as the bottom half of the world’s population. Inequality, Delahanty said, is clearly “out of control.”

Delahanty highlighted gender as an issue that especially cannot be ignored in the conversation around inequality. She said that since the financial crisis, 1 million women have died in childbirth because of a lack of basic health services. Globally, women earn 23 percent less than men despite working between 2-5 hours longer every day. According to a study by the Organisation for Economic Co-operation and Development, an increase in women’s participation in the labour force can greatly reduce income inequality. For Delahanty, championing the rights of women and girls is the key to overcoming poverty and inequality.

Wealth, Delahanty emphasized, is being redistributed from the many to the few, and effects are detrimental. In Canada society is increasingly unequal and not, she said, because of an invisible force of market but as a result of deliberate, optional choices.

Delahanty urged the audience to learn from Quebec’s example. The province improved the status of women and poor families greatly with its low fee child care program. Women’s employment and earnings the average income of single mother families rose by 81 percent, which translated directly into government revenue.

Delahanty concluded with a series of recommendations for future actions:

Inequality is not inevitable, she stated; it is time to make ending poverty a reality.