Milt Isaacs: “Make no mistake, the choice is ours” 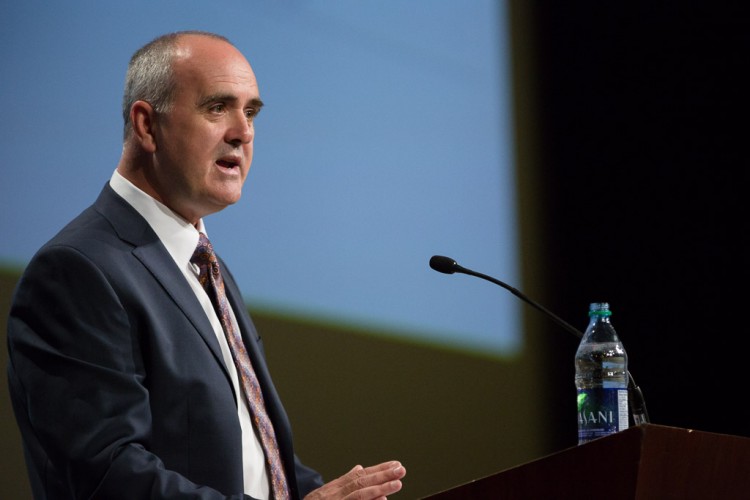 After welcoming the crowd to the Funding Democracy summit on Tuesday, Association of Canadian Financial Officers’ President Milt Isaacs got down to work, specifically highlighting three jobs as the starting points for summit discussions over the next two days.

Isaacs then moved on to discuss corruption, which he noted had a high cost financially and socially, undermining people’s confidence in their leaders. Isaacs’ second call to action was a call for laws that hold leaders accountable and make the penalty for engaging in corruption much steeper than it is today.

Isaacs identified the global cost of tax evasion and avoidance as 3.1 trillion dollars annually, and the global cost of corruption as 2.6 trillion dollars annually. Recovering even ten percent of that, he noted, could be enough to end world poverty in 20 years and to ensure global access to clean water and sanitation, based on numbers from Jeffry Sachs and the World Health Organization, respectively.

Job number three, according to Isaacs, is to demand trade agreements that are fair and negotiated openly and transparently, and that the negotiating bodies represent the interests of everyone affected.

Isaacs ended his welcoming remarks on an inspiration note, insisting that if they choose to act, the crowd has an opportunity to effect real, meaningful and sustainable change. A better world, he said, could be the inheritance we leave the next generation.