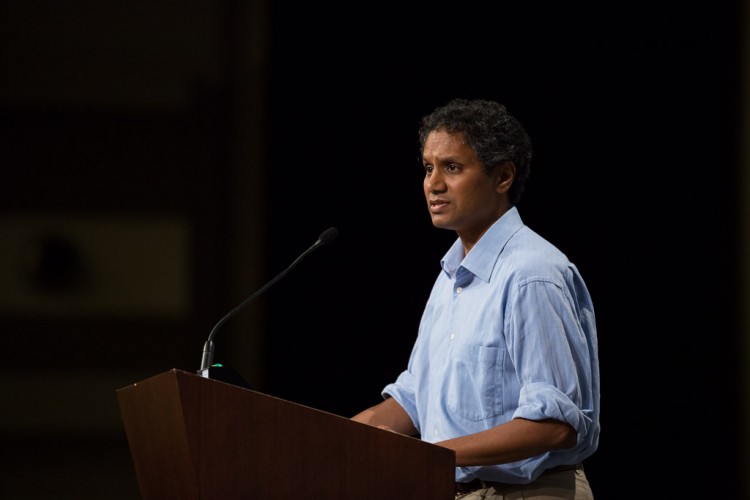 Akaash Maharaj, the CEO of Global Organization of Parliamentarians Against Corruption, began by introducing GOPAC as an international organization comprised of fifty-two parliaments is dedicated to combatting the corrosive effects of corruption on regional, national and international stages.

Maharaj contextualized the global impact of corruption by recounting various statistics, the most significant being the 6.2 trillion dollars worldwide that is attributed to bribery and other forms of corruption. This sum is both shocking and incomprehensible, and according to Maharaj could be used to solve all of the UN development goals twelve times over. Corruption results in the death of 140,000 children annually, he told the crowd, yet its perpetrators often go unpunished due to their positions of authority.

GOPAC’s solution to the overwhelming issue of corruption, Maharaj said, is to tackle the problem on a five different levels in hopes of casting a net too large to be evaded.

The first is universal jurisdiction which Maharaj justified by positioning corruption as a crime that transcends borders and that must be prosecuted wherever it is detected. Secondly, Maharaj called for regional courts to take a less culturally intrusive approach while still retaining credibility.

International courts, civil remedies and classifying corruption as a crime against humanity according to the Rome Statute are the other three approaches that Maharaj identified as being used by GOPAC to pursue corruption regionally and abroad.

While acknowledging the harrowing task ahead Maharaj said he believes GOPAC has struck a balance between the ideal and the real. Maharaj labelled eliminating corruption an opportunity to stand up for a higher law, a deeper justice and a major calling of our time.