Linda McQuaig: Finally getting the issue on the table 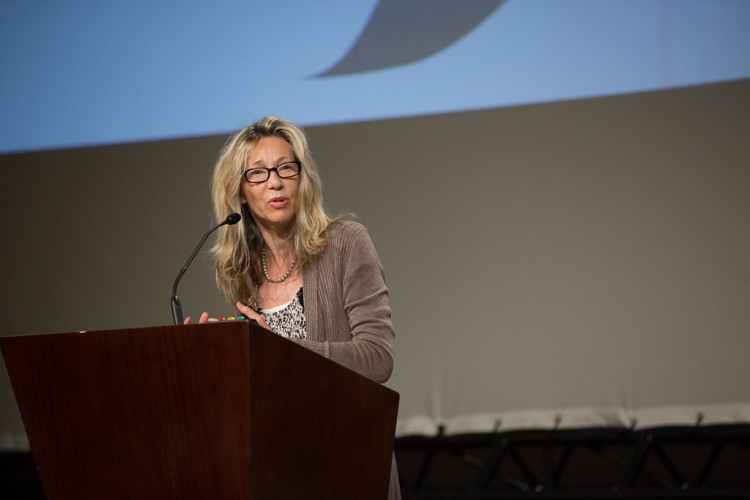 Author and commentator Linda McQuaig: “taxes are a badge of citizenship”

This conference, Linda McQuaig said, has dealt with so many meaningful issues of inequality that have been exacerbated over the past several years. If we had the same tax system in place now as we did in 2000, she argued, we would have an extra 78 billion dollars in revenue. Tax cuts have undermined Canada, McQuaig said, and led to a dramatic increase in inequality.

What is striking, McQuaig observed, is that this development in inequality has received very little attention in the media. Historically the economy continued to grow up until the 80s, she explained, but distribution changed: all the gains went to the top.

McQuaig emphasized that a huge concentration of wealth at the top is a danger to democracy. She equated money with political power, arguing that if money is concentrated to a few the democratic process is inhibited. Climate change, she argued, has not been tackled appropriately because of the enormous power of the of the fossil fuel lobbies.

One other way the power of the wealthy is manifested, she said, is in health care and education. If contributions to these institutions are purely made through philanthropy, she argued, the rich have control. On the other hand, if these resources are collected through taxes, the population decides how to spend the money. That, McQuaig insisted, is democracy.

McQuaig emphasized the need to restore our tax system because taxes enable us to fund democracy, and ensure a degree of wellbeing to everyone in that democracy. Taxes are a badge of citizenship, she asserted, and it is an outrage that they have become vilified.