Rick Mercer: A country worth ranting about 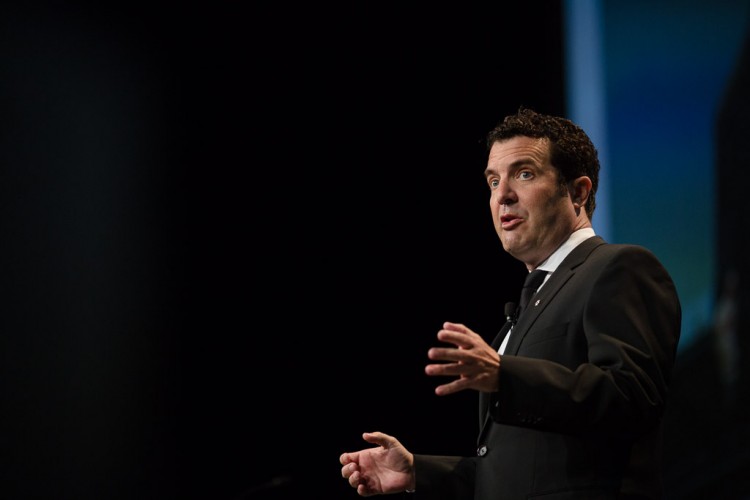 As the travelling host of Rick Mercer Report, Canadian comedian Rick Mercer has been all over the country and has come to view it as his home town. Warmly referring to the coasts as East and West ends, and Toronto as downtown, Mercer presented at the Funding Democracy summit on Wednesday morning. He spoke of his career on national television and highlighted key moments through clips and anecdotes. Through these stories, Mercer established the key message of his speech — Canada is strong, special and worth ranting about.

With the comic timing of a seasoned stand-up, Mercer spoke on Canada’s love of sport — highlighting incredible para-athletes; he reveled in Canadians’ ability to survive and thrive in winter; and he championed impressive senior citizens and the power of organized youth.

Mercer gave a stage to the unsung heroes of Canada, while suggesting he had become allergic to politicians over the years. After so much time spent trying to normalize politicians on TV, Mercer joked he couldn’t make the current power look normal. Canadians were the stars of his presentation, while politicians were scrutinized.

Toward the close of his speech, Mercer recalled a conversation with a politico in which they discussed youth voting. It was suggested that low voter turnout for youth was actually considered ideal by many career politicians because youth votes could not be predicted. Mercer described how he went on to challenge youth to vote through a rant segment on his show and, as a result, helped to inspire a youth voting movement. This anecdote had a deeper message and it was one running throughout each of Mercer’s stories: Canadians are extremely capable of overcoming the obstacles placed in front of them.

Mercer concluded by thanking the room and exited the stage to a standing ovation and Trooper’s appropriate “Raise a Little Hell.”