Sgt. Poitevin: Costs and consequences of bribery and corruption 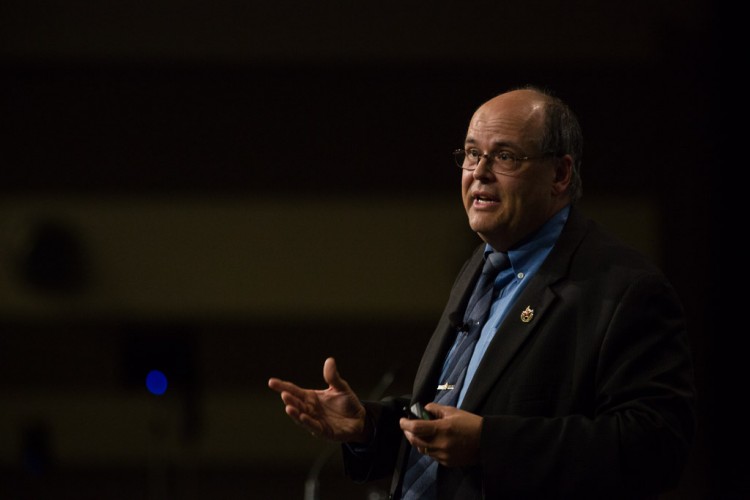 Sgt. Patrice Poitevin of the RCMP took the stage Wednesday afternoon to detail his role in enforcing the Corruption of Foreign Public Officials Act. Corruption, he said, poses a risk to many of the themes discussed at the summit including integrity, equality and public institutions.

Corruption has widespread economic effects – such as the development and quality of infrastructure – and social effects – like the erosion of trust and threats to national security. For international corporate corruption to succeed, he explained, a culture of need, rationalization, opportunity and most importantly tolerance must exist. This culture is dissolving in favour of a more ethically-focused environment, according to Poitevin, but this is not a fast process. Poitevin uses various examples of both RCMP convictions and societal responses to corruption to illustrate the changing nature of acceptance.

Through the Corruption of Foreign Public Officials Act and subsequent amendments, Poitevin explained how far corruption can reach. Beyond the illegal exchange of money, he said, corruption can include the agreement to exchange a bribe, hiding the information through bookkeeping, encouraging employees to seek out unethical agreements or preventing them from going to the authorities. Poitevin also illustrated that the size of bribe is not relative to the size of penalty upon conviction. Simply put, he said, corruption is bad for business.

Poitevin concluded on a positive note, affirming that that a shift in the cultural acceptance for corporate corruption was occurring as awareness for the issue spreads globally and corporations embrace a more level playing field on which to do business.