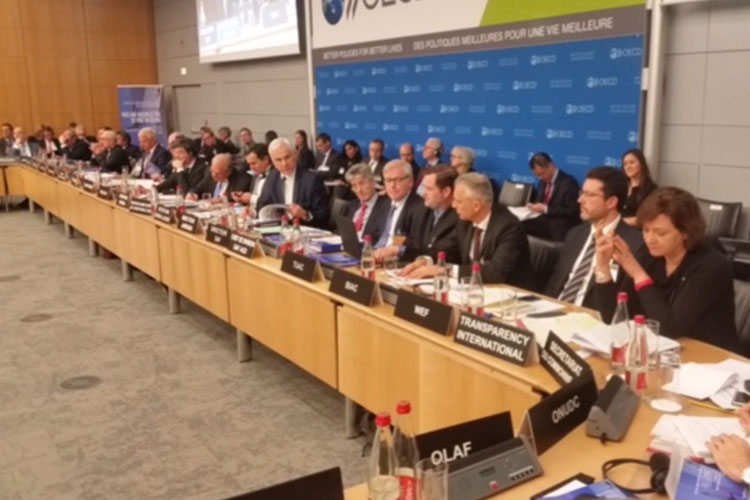 ACFO’s Director of Labour Relations Scott Chamberlain appeared at an Organization for Economic Cooperation and Development (OECD) ministerial meeting on corruption and whistleblower protection in Paris this week to present a professional union perspective.

Chamberlain was speaking on behalf of the Trade Union Advisory Committee, an umbrella group representing more than 66 million workers worldwide. He was asked to do so by Rosa Pavanelli, the General Secretary of Public Services International (PSI), in recognition of ACFO’s leadership on this issue among professional public service unions.

“Disclosing corruption is the right choice and yet too many workers face life altering reprisal for doing so. This chilling and corrosive effect on our progress can not be understated,” Chamberlain told the audience of government ministers from more than 40 countries, including Canada.

In collaboration with PSI, ACFO has been pushing for a global standard for whistleblower protection at both the OECD and the International Labour Organization (ILO). ACFO is also involved on this issue domestically, as members of the advisory committee for the Office of the Public Sector Integrity Commissioner.