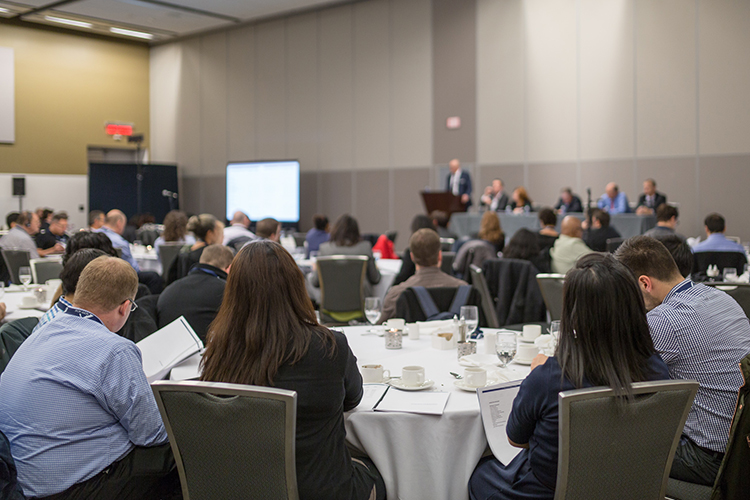 Preliminary notice of ACFO’s 28th Annual General Meeting (AGM) is hereby given in accordance with Article 9.13.1 of Bylaw Number 1.

The AGM will take place:

To submit resolutions, bylaw amendments or other business

All regular members are invited to submit resolutions, amendments to the bylaws or submissions of any other business for consideration by the membership at the AGM.

Proposed resolutions and amendments must be submitted by email (information@acfo-acaf.com) on or before October 4, 2017 (50 days prior to the AGM as per Article 17.2.1 a) of Bylaw Number 1).

To nominate an auditor

All regular members are invited to nominate auditors. As per Article 16.1.1 of Bylaw Number 1, this auditor is hired “to audit the accounts (including the financial statements) of the Association and to report thereon to members at the AGM, to hold office until the close of the next AGM, and, if an appointment is not so made, the auditor in office continues in office until a successor is appointed.”

Nominations for auditor must be submitted by email (information@acfo-acaf.com) on or before October 4, 2017.

To review the AGM package

Copies of the annual report, budget, resolutions for consideration and voting procedures will be made available to members electronically by November 2, 2017 (21 days prior to the AGM as per Article per Article 17.2.1 b) of Bylaw Number 1).

At the 2017 AGM, elections will be held for three positions on the Board of Directors:

“To be eligible for election as a member of the Board of Directors, the member must be a member in good standing of ACFO for a period of not less than two (2) consecutive years.”

Nominations must be submitted by email to information@acfo-acaf.com on or before October 4, 2017.

To attend the AGM

The date and location of the 2017 AGM has been established to coincide with FMI PD Week. If you are planning to attend the AGM in Gatineau, you must confirm your attendance with Nikki Gadoury by e-mail at ngadoury@acfo-acaf.com or by calling toll free at 1-877-728-0695 or local (613) 728-0695. Dinner will be served, so please indicate any dietary restrictions.

If you would like more information or assistance in any of these matters, please contact ACFO Chief Administrative Officer Catherine Larrivée by e-mail at clarrivee@acfo-acaf.com or by calling toll free at 1-877-728-0695 ext. 224 or local (613) 728-0695.

CT-EAV, CT-FIN, CT-IAU, NAV Canada FIs  |
What to do during other groups’ strike action
General Updates