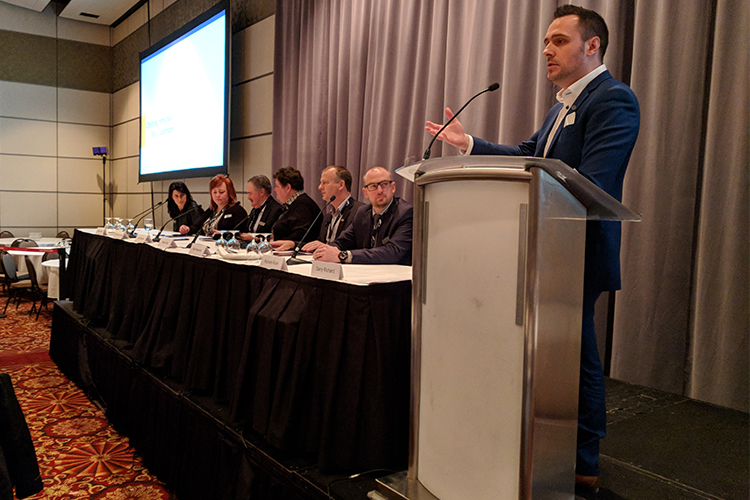 This year’s Annual General Meeting came with much to celebrate. Held on November 23 at the Hilton Lac Leamy in Gatineau, the annual gathering highlighted achievements of the year, particularly the launch of the Joint Career Development Program (JCDP), and gave members the opportunity to ask questions of the ACFO leadership.

For the second time, the AGM also included an announcement of the ACFO Scholarships Program winners. This year, the winners of the Merdon Hosking Youth Scholarship were Alexandra Eva Machicado-McGee (daughter of Anne McGee at Canadian Heritage) and Grant Wolters (son of Melinda Wolters at Veteran Affairs in PEI). The FI Community Professional Scholarship went to Courtney Miller and Yiwen (Maria) Shao.

Results of the votes for three ACFO board member positions and several resolutions were announced at the AGM as well. All three incumbents (Louise Amyot, Nicole Bishop-Tempke and Tony Bourque) were re-elected. The full results are as follows: ACFO president Dany Richard poses with Alexandra Eva Machicado-McGee, one of the recipients of the Merdon Hosking Youth Scholarship.