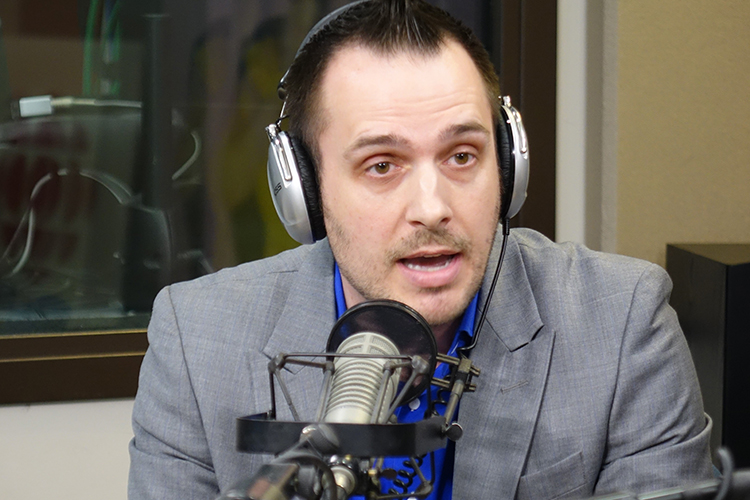 Phillipe Marcoux (Host): Last Friday, the Government of Canada and the public service unions announced that they had reached an agreement in principle to compensate public servants for the problems caused by the Phoenix pay system. There were then four unions that signed on to the agreement. Yesterday, we learned that there are now 13, but there are several public service unions and the largest of these, the Public Service Alliance of Canada, the largest in terms of the number of members, continues to reject that offer. What’s in this agreement? Why was it accepted by other unions? We will speak with Dany Richard, who is president of the Association of Canadian Financial Officers, which is a well-known public service union. He’s in the studio with us, hello Mr. Richard.

PM: What should we go first? What’s in this agreement? I think we have to go from there.

DR: It’s a good question. I think we have to clarify, because there is a misunderstanding of what is on the table right now. First and foremost, we must understand that every dollar that is due to our members will be given to them. The salary that has been earned, they will receive it. It may take some time, because Phoenix obviously is not settled yet and it will continue, but their dollars, their salary is earned and they will receive it.

PM: The agreement does not settle this, it will be done on a case-by-case basis and they will be paid.

DR: Exactly. In addition to that, for damages, the employer offers three levels of compensation. The first applies to each of our members and that, regardless of whether they have been affected by Phoenix or not, and will be compensation, a one-time compensation, up to five additional vacation days. So that’s the first level that applies to everyone.

But for those who have been affected more severely – for example, if someone had to borrow a line of credit or a personal loan, or even on their credit card where they had to pay interest – they would have access to level two. If they have interest that is verifiable by receipts, they will be reimbursed. So at level two, that’s covered.

PM: And so, basically, that’s what you got together because the second and third tier, you’re going to be case by case, people will have to demonstrate that they’ve actually suffered losses, but you’re going to compensate for their losses. That’s what was agreed to that is new, it’s a little compensation for everyone, because everyone was struggling with this case.

DR: What I call tier one the frustration clause. For people who said, “I did not know if I will get paid or not,” they have errors on their pay, not everyone has been affected at the same level. I can tell you that out of the 5,000 members we have, for financial officers, there are about 4,000 who have been affected. But not at the same levels. My members who were not sure – because the majority of my members wanted to accept the offer – it is because there is a misunderstanding, they said, “Dany, listen, the money I am owed, I want it. Five days of vacation is not enough. That is a misunderstanding. The money that you are owed, you will receive it.

PM: These five vacation days are a bonus.

DR: It’s in addition, it’s a recognition of frustration. The other two levels will compensate for what was excessive, because, we will not hide it, Phoenix, it’s been four years and it will continue for years, and our members have been affected. You have to recognize that, you do not just have to say, “Well, listen, you’ve got five days, you’re going to be happy with that,” that’s not the case. It is not the case at all. There are other measures, a process that has been put in place to ensure that our affected members have measures that will compensate them.

PM: But in that context, why did the largest union in terms of the number of members, the Alliance, decide that this agreement is clearly insufficient?

DR: It’s a good question. You would have to ask them.

PM: I would have to talk to them about it, I understand, but doesn’t it worry you?

DR: What I can tell you is that there are 18 unions in the federal public service – we represent different members, different demographics, occupations, different working conditions. We, for our members, know that it is a good offer that is on the table, in good faith from the employer. There are 12 others, in fact 13 other unions since this morning, who have accepted, and then there are other unions that are in the approval process. They felt the offer was reasonable and they could accept it. For the Alliance, I can not speak on their behalf, you really have to check with them why they think the offer is unacceptable.

PM: But again, we are talking about the goal of the process, there are 18 unions in the public service and there are 17 that could potentially accept this offer, and one, the one with the most members, refuses it. It is weird that you did not reach in a common front in it.

DR: It took two years to negotiate this agreement. It took two years to come to an agreement that for us is reasonable. What I can tell you is that the Public Service Alliance was part of the subcommittee that was working on an agreement, but a few days before it was settled, they withdrew from the committee to say, “we won’t continue.” So, again, I can not give you the reasons why the Alliance has decided not to accept, but you should really ask the question to them.

PM: You do not feel like you are giving up a battle when there’s more to be done? Is it enough to obtain recognition from the government that something unacceptable has happened?

So we’re still on the committees to make sure that Phoenix is ​​repaired and that there will be another system that will be put in place to pay the employees in an acceptable way because the situation is still unacceptable. You have to find something to fix the problem. It’s a gesture of good faith from the employer to recognize “Listen, I can not solve the payroll problem right away, but I want to offer you something in recognition that you have done nothing wrong as employees. We want to show you good faith to say this is what you are offered, and we can give it to you right away.”

Because at the beginning, it took two years to negotiate, they said maybe we can offer you interest, but how are we going to calculate the interest because the pay is all wrong, how are we going to pay that? Because if we start to put more payments in Phoenix, it’s going to weigh down this system. Vacation days were something that will not go through Phoenix, which will be easy. The agreement provides for 150 days to give those days of vacation there to our members. So it will not weigh down the system and our members will be able to benefit anyway this year.

PM: Dany Richard is the President of the Association of Canadian Financial Officers. Thanks very much for joining me in studio.

DR: Thank you very much. Bye.