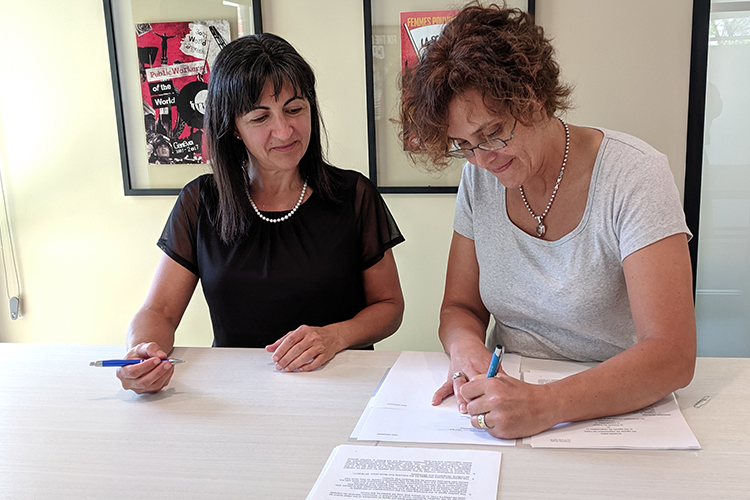 The agreement reached between public service bargaining agents, including ACFO-ACAF, and the employer on May 3 regarding damages associated with the Phoenix payroll system was officially signed on June 12, 2019.

The signing triggers the 150-day implementation period for the leave bank credits for employees who were employed between 2016-17 and 2018-19 as follows:

Those credits should be in your leave bank by November 12, 2019.

More information about the Phoenix damages agreement can be found in our FAQ: https://www.acfo-acaf.com/2019/05/07/faq-phoenix-damages-agreement/

Please note, this agreement is not part of the collective agreement which was announced on May 28 and ratified on June 4. We are still waiting for an official signing date for that agreement, at which point timelines for implementation will be confirmed.

If you have questions about the Phoenix damages agreement or the collective agreement, please contact negotiations@acfo-acaf.com.