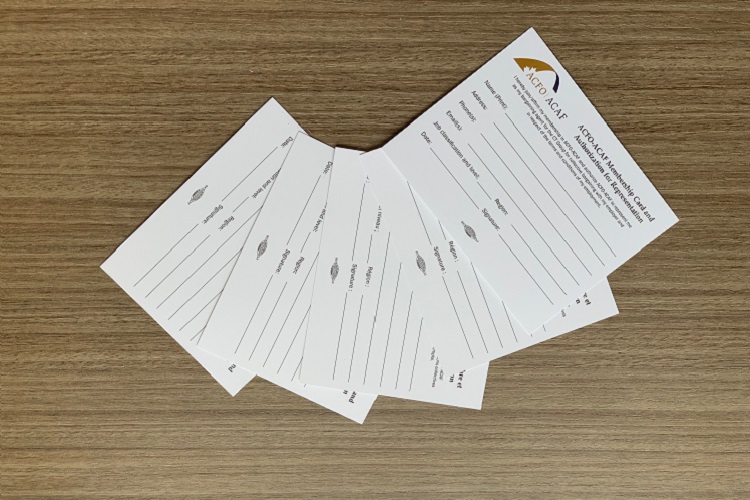 Since the employer first announced the creation of the new CT Group, which will include the entirety of the current public service FI and AU Groups plus a number of AS employees currently doing audit work, ACFO-ACAF has been working diligently to ensure we remain your representatives in the workplace and at the bargaining table.

In the end, we were the only bargaining agent to apply to the Federal Public Sector Labour Relations and Employment Board (FPSLREB) to represent the new CT Group. At the same time, thanks to the overwhelming support of the FI Community, we were able to present more than 2,700 signed cards affirming the desire of the majority of the new CT Community to be represented by ACFO-ACAF to the FPSLREB.

As previously mentioned, the transition to the new CT Group will take place in stages over the coming years. The critical next step, though, is to determine which union will represent the new group. The matter is now in the Board’s hands. It’s our hope that they will look at the evidence before them and award us the bargaining certificate so we can begin negotiating the specifics of this transition.

More information will be shared as soon as it is available. In the meantime, we want to thank all of you. The speed with which we were able to get a majority of signed cards was a pleasant surprise for all of us at ACFO-ACAF and we are humbled by this show of support. We’re proud to be North America’s largest union exclusively representing financial professionals.

If you have any questions, please contact Scott Chamberlain (schamberlain@acfo-acaf.com).