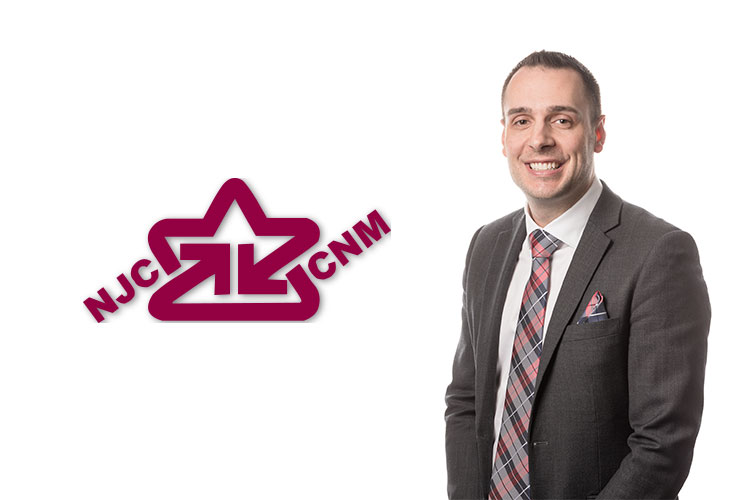 We are both proud and honoured to announce that ACFO-ACAF President Dany Richard was unanimously voted in as the new co-chair of the National Joint Council, representing all public service workers and their bargaining agents in important discussions and negotiations on matters affecting the entire workforce.

The NJC co-chair is selected by the heads of the small and medium sized federal public service unions to represent them, alongside the heads of the two largest unions, and plays a vital coordination role when dealing with issues such as the health care plan, pension plan and – most recently – the government’s response to COVID-19. This is a part-time volunteer role and he remains ACFO-ACAF’s president while taking on these new responsibilities as well.

As co-chair, Richard will have access to senior leadership and key decision makers in the executive and political ranks in addition to his close relationships with heads of finance. It is also a recognition of the leadership role ACFO-ACAF has played among the bargaining agents under his tenure and positions ACFO-ACAF well to continue to influence major issues facing our membership.

The entire ACFO-ACAF team congratulates Richard on his appointment.