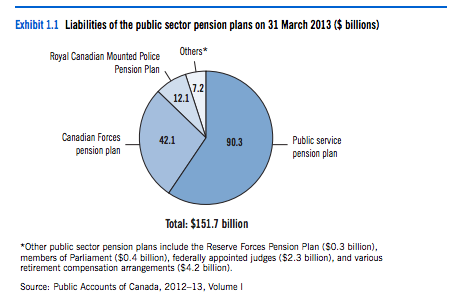 The latest Auditor General’s report’s section on public sector pensions comes as a welcome development, according to the Association of Canadian Financial Officers.

We’re glad to see a comprehensive set of recommendations that – if adopted- should serve to strengthen what is already a strong and sustainable plan, said ACFO President Milt Isaacs.

The report warned of risks associated with increased pension liabilities in 2012-13 but made no comment on the sustainability of the fund. The 2013 report of the Chief Actuary of Canada, however, concluded â€œthe plan is expected to be able to meet its obligations throughout the (75 year) projection period and to remain financially sustainable over the long term.

ACFO sees the risks outlined by the Auditor General as entirely expected given the circumstances.

This is a comprehensive plan covering a large number of public servants and retirees. Of course numbers are going to be high, says Isaacs, who also sits on the Pension Advisory Committee. We’re coming out of a downturn in the market and interest rates are at an all-time low. And yet the plan is still seen as sustainable.

The report made a series of recommendations aimed at improving the governance and reporting associated with the pension plan, recommendations ACFO looks forward to seeing implemented.

Our members pay into this fund; we do our share to maintain its health, Isaacs said. We look forward to the stronger governance and better reporting that Treasury Board has committed to taking on so we too can see how our members’ contributions are being managed.