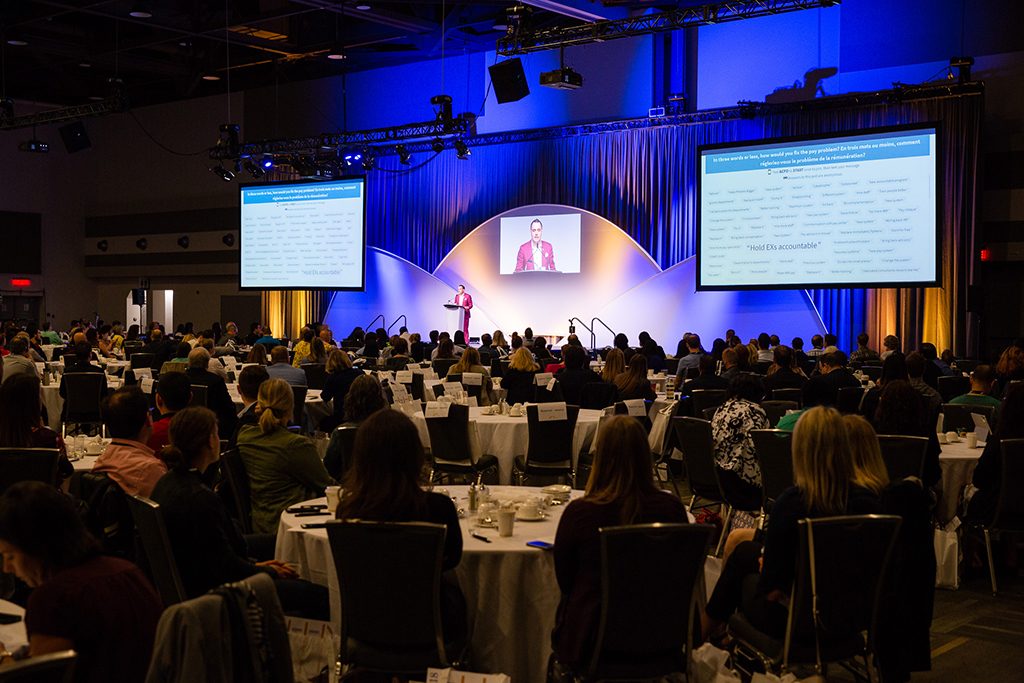 Spring Tune Up 2021: Leading into the Future

It is that time of year again!

ACFO-ACAF is pleased to announce that registration is now open for the 2021 Spring Tune Up: Leading into the Future. This year’s event will be held online across two days, June 8 and 9, to allow as many participants as possible to take part even as the pandemic restrictions on travel and gatherings remain in place. The Spring Tune Up is free for all ACFO-ACAF members thanks to funding through the Joint Career Development Program. It’s an event you won’t want to miss! Attendees will receive a certificate for 7.0 CPD hours.

Is there a connection between happiness and success? Shawn Achor is the world’s leading expert on the topic. His acclaimed TED Talk, The Happy Secret to Better Work, has been seen by over sixteen million people around the world, and his two books, The Happiness Advantage and Before Happiness, took The New York Times bestseller list by storm. Having spent over a decade at Harvard University as the Head Teaching Fellow in Positive Psychology, Achor bridges the gap between happiness psychology research and what it means for the workforce and individuals alike.

Achor has spoken in dozens of countries to a wide variety of audiences including a third of the Fortune 100 companies, the NFL, the Pentagon and the U.S. Treasury. In 2007, he founded Good Think Inc., an organization that believes “research should be lived.” His work has received attention from the likes of The Harvard Business Review, New York Times, Forbes, CNN, and NPR, and he was the subject of a two-hour interview with Oprah Winfrey.

Michel Chikwanine has overcome unimaginable pain and struggle. Born in the Democratic Republic of Congo, Michel grew up amid the terror of the Great War of Africa. Much of his childhood was ravaged by the death and decay of a war that claimed the lives of 5.8 million people, his father included, and forced him to be a child soldier. Now a United Nations Fellow for People of African Descent, Michel inspires people to believe in their ability to make a difference and leaves audiences with a new perspective on life, a sense of hope through social responsibility, and a desire for change.

Cheryl Cran helps leaders and their teams to build future workplaces, today. Recognized as the #1 Future of Work influencer by Onalytica, Cran’s research into the future of work, technology, and leadership, driven by her “people first” and digital second philosophy, helps companies build the leadership capacity needed to change the world through business. For more than two decades, thousands of her clients have benefited from her expertise resulting in growth, evolution, and success.

Currently the founder of NextMapping and CEO of parent company Synthesis at Work Inc., Cran’s background is senior leadership in the corporate finance and insurance industries. After ten successful years, she was head-hunted by a national financial insurance company to head up their regional portfolio, where she helped to increase market share by more than 30% in just two years.

Born in Quebec City, Jean David was a pioneering force in the creation of the Cirque du Soleil where he served as marketing vice-president for 15 years.  He is one of the original architects of Cirque du Soleil as described in The Blue Ocean Strategy. Those who know Jean David consider him a man of vision and passion as well as a strong-willed entrepreneur. His creativity and ability to act outside normal boundaries have proven to be remarkable.

Above all, he is a communications and idea man who has taken on the most daunting of challenges: understanding our environment and creating solutions to the issues confronting us. His ideas and insights about society and communications and the role creativity can play in promoting change and innovation are capturing the imagination of business leaders around the World.  He excels particularly with leaders and managers by fostering a climate and attitude that facilitates the emergence of the future.

Dr. Temple Grandin is well known to many for her trailblazing work as a spokesperson for people with autism and her lifelong work with animal behavior. Dr. Grandin has been with Colorado State University (CSU) for over 25 years. Grandin has been referred to as the “most famous person working at CSU” by her peers.

Her life’s work has been to understand her own autistic mind, and to share that knowledge with the world, aiding in the treatment of individuals with the condition. Her understanding of the human mind has aided her in her work with animal behavior, and she is one of the most respected experts in both autism and animal behavior in the world.

Nicholas Thompson is CEO of The Atlantic and former editor-in-chief of WIRED. His bold, brilliant takes on the complex relationship between ethics, tech, business, politics, and society continuously shape the nation’s understanding of the world around them. In new talks he blueprints what life will look like after COVID—how privacy, labor, business, and human connection will be irrevocably altered, and how individuals and organizations can poise themselves to thrive.

As the former editor-in-chief of WIRED, Nicholas Thompson occupied one of the most prestigious positions in the world of technology—staking out a bold, optimistic vision for all our digital futures. From artificial intelligence to entertainment, privacy to social media, ethics to war, Thompson led the news cycle in this space for years, and his well-informed talks reflect that: he champions the ways tech can enhance our lives, both as a quick-witted, brilliant keynote speaker, as well as a charming and provocative host.

Oni The Haitian Sensation is known as The Godmother of Canadian Slam Poetry and has performed for the likes of Nelson Mandela, who invited her to serve as a poet in residence, astronaut Chris Hadfield and the entire House of Commons. Mentored by former Parliamentary Poet Laureate George Elliott Clarke, Oni The Haitian Sensation is an award-winning poet and author of Ghettostocracy, a Globe and Mail “Book of the Year” selection now used as curriculum for African Canadian studies programs across the country. She has served as a cultural ambassador for Canada at La Francophonie and at UN gatherings and has worked with several federal government departments and agencies.