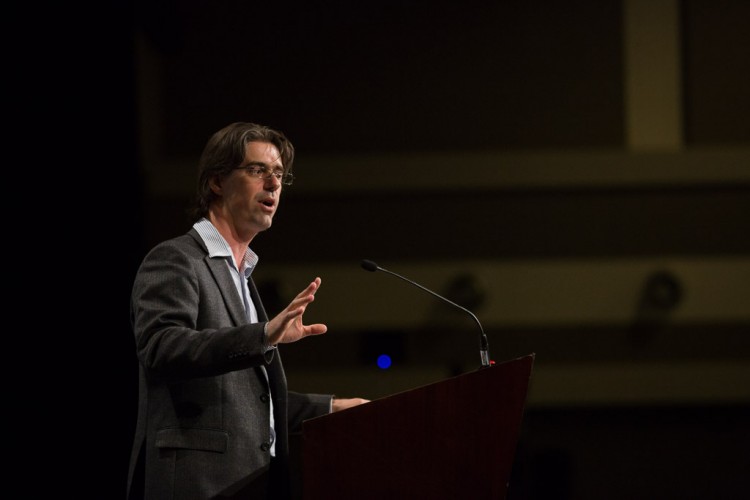 Public Services International’s Director of Policy and Governance Daniel Bertossa reflected on the key messages from the Funding Democracy summit in his closing keynote presentation. Echoing the Association of Canadian Financial Officers’ President Milt Isaacs, Bertossa reminded the room that political will to make change is the missing element to the issues — we must choose a better world.

Bertossa encouraged everyone to remember who makes the rules, not at the national level, but on a global scale, and who is best served by the rules of global trade. These agreements, he explained, undermine democracy and bind future governments, perpetuating the market-first model.

Bertossa asked the audience to imagine if laws were made in national Parliaments the way trade agreements are negotiated – in secret and without the public’s knowledge. This would be an outrage, he said.

Bertossa challenged the room to remind their peers about global nature of trade — that it goes beyond the powers of national governments.  He said if we want a world that better supports the people in it, we need to keep fighting international trade agreements that bind governments. Echoing the sentiments of the summit, Bertossa asked for rules made by the people and for the people.

Hope, Bertossa concluded, is at the root of any possible change.