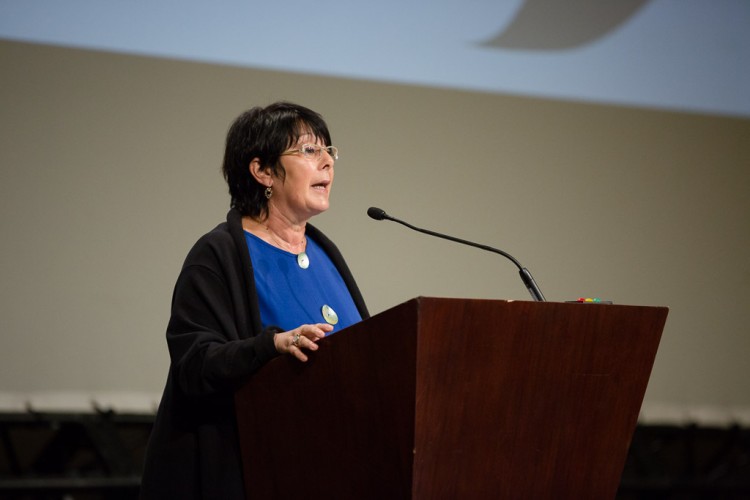 Public Services International (PSI) General Secretary Rosa Pavanelli passionately laid out the goals and needs of PSI on Wednesday afternoon. Addressing the audience, she explained her organization’s international focus on the same labour issues experienced at the national level. Pavanelli said coordination and a common strategy is needed to face the adversaries to vital public service workers’ rights internationally.

Using the recent Ebola outbreak as an example, Pavanelli explained how disaster responders are depicted as angels in time of crisis. Little attention is paid to the working environment of these workers during and after a global crisis, she said. Fighting for the rights of first responders in widespread disaster is one goal of an internationally connected union like PSI, according to Pavanelli.

Pavanelli said she looks to 2015 as a year to raise the profile of public service workers. She said in order to better execute the goals of PSI there is a need to coalesce as many people and unions under their mandate as possible. We can effectively put vital public service workers first on an international scale together, Pavanelli concluded.