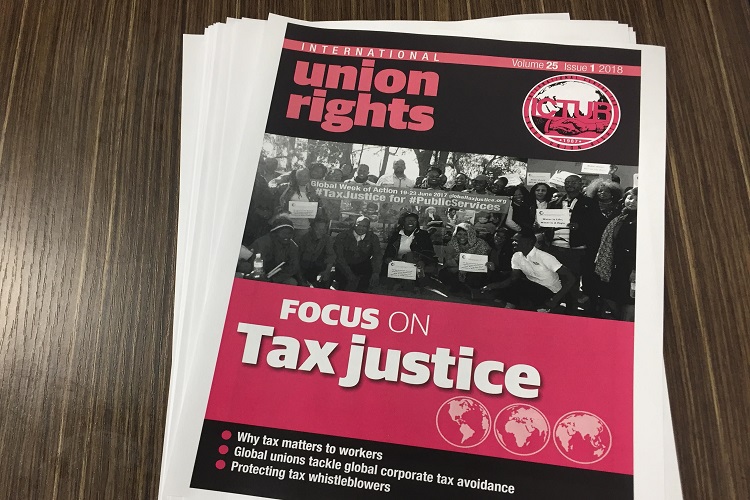 ACFO president Dany Richard and communications and research officer Madeline Rodriguez co-authored an article which has been published in a recent edition of the trade union journal International Union Rights. The piece, titled “The case for tax justice as a whistleblower protection issue,” makes the connection between the impact of tax exploitation on workers; the role workers, especially in the judiciary, tax, and customs sectors, play in exposing tax exploitation; and the need for improved whistleblower protections.

The article argues that if governments are truly serious about ending tax exploitation, they must strengthen whistleblower protections so that financial control workers who uncover tax exploitation feel empowered to come forward and safe in the knowledge that they and their jobs will be protected.

The journal volume can be read in full here. ACFO’s contribution can be found on page 21.