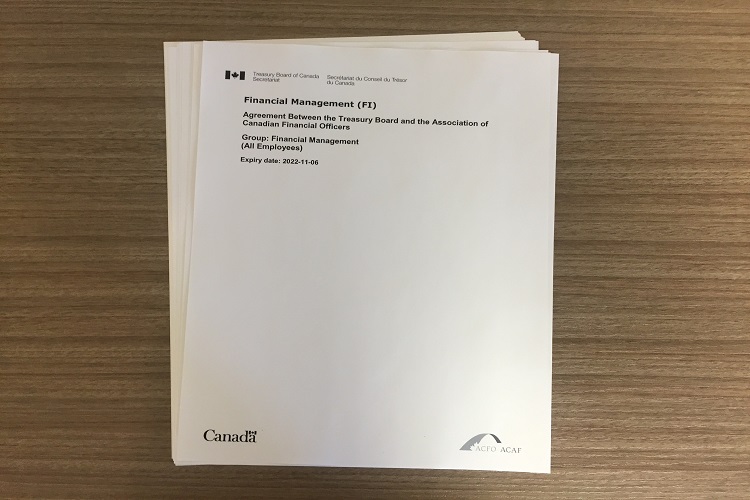 ACFO-ACAF is pleased to announce that the public service FI Collective Agreement was signed on August 1, 2019.

With a 99% ratification vote, it was clear that the membership was pleased with the fair contract reached at the bargaining table. The speed with which that vote was held means ACFO-ACAF is at the front of the line for signing and should therefore be the first in line for implementation, ahead of the many other groups who have reached their own deals.

The information in the timeline below outlines important dates relating to the new FI Collective Agreement and provides a guide for upcoming milestones in the implementation of the new agreement.

We will provide more information as it becomes available. For any questions, please contact labourrelations@acfo-acaf.com.

While the Phoenix damages agreement and the new collective agreement are different agreements with different timelines, we realize there may be some confusion as the two deals are implemented in parallel.

The timeline below relates only to the FI Community’s new collective agreement. The Phoenix damages agreement, which applies to members of the unions represented by 16 of the 17 public service unions plus unrepresented employees and executives, includes additional leave, a broader approach to out-of-pocket cost reimbursement and a process for damage awards for those with more severe cases, along with provisions to reimburse sick leave used as a result of Phoenix.

More information on the timeline for the rollout of the Phoenix damages agreement can be found here: https://www.acfo-acaf.com/2019/06/13/phoenix-damages-agreement-signed/.